Mental Models: Five of Many Basic Assumptions Currently in Need of Revision

1. The Universe is Composed of Fundamental Building Blocks 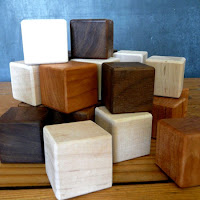 This view has proven fruitful in certain types of research, but I wonder why people think that what exists in the universe can be exhaustively explained by reference to fundamental components and their interactions? Effects and causes occur at many scales of granularity.

I also wonder what makes people lean toward the idea that there is a certain "fundamental" aspect of reality? Is the notion of a foundational layer of reality a product of experience or a conceptual hangup?

Individuals are born into an existing social milieu and learn the language, norms and aspirations of their group. Though I'm not one to say that we are all simply products of our socialization - people have unique sets of abilities and unique ways to express them - in this chicken/egg scenario, the collective comes first. Therefore the collective will is not an aggregation of individual interests and the notion of an "original position" where individuals came together to forge a society is a mythical fancy with no explanatory value.

Another mistake fed by this assumption: Researchers assume that it's altruism or community feeling that needs to be explained rather than individualism because, ironically, individualism is the current ideological norm and raw self interest is seen as the more fundamental fact. This assumption is not objectively justified. It's an idea that supports the economic system and preserves the social order by allowing individuals to be seen as wholly responsible for their own lack of success, regardless of social realities.

3.  All Biological Traits are Products of Adaptation by Natural Selection (Fitness)

Evolution occurs but that doesn't mean that every trait of every species can be explained as a positive contribution to survival. Species not only pass along traits that positively enhance the possibilities of survival, but traits that are not maladaptive - traits that are just there - or even weaknesses that are compensated for by a cluster of other traits.

The attempt to explain every trait in terms of adaptation begs a lot of questions.  Nearly every species eventually becomes extinct or evolves into a different species. Evolution cannot directly explain the biological mechanisms that give rise to the emergence of a new trait, but only indirectly - only insofar as random mutations occur that  aren't survival liabilities or that are likely to enhance survival opportunities.

4. There Are No Natural Final Causes (No Whys, only Hows)

If you're wondering why I've included this, it's because it's generally assumed that any final cause or purpose (sometimes called "teleology") of existence would imply a non-natural (metaphysical) factor. People who believe themselves to be scientifically minded try to distance themselves from the idea that there are purposes in nature because they assume it necessarily aligns them with proponents of reviled "intelligent design" (ID) theories.  ID theories suppose that matter is a passive receptacle for the purposes implanted in it by a divine architect of the whole universe - an architect who cares about us and who especially cares that we are purified of contaminants from our participation in the natural material world in particular - so one can hardly blame them.

In a sense though, the struggle for existence would be a natural final cause, wouldn't it? The drive to survive is a natural purpose, though not necessarily one that is embodied only in individuals.  Scientifically minded folks need to question whether the idea of natural final causes really is an oxymoron and get over feeling guilty-by-association. (This is just one instance of reactive distancing that shuts doors on avenues of meaningful inquiry.)

5. The Ability to Scientifically Predict and Control Phenomena Proves Determinism

To predict and control what happens, a scientist needs to be able to spell out what influences events in the most generic and universal way possible. This is done by eliminating variable, unpredictable influences by trial and error (or prior knowledge) and then by refining the definition of the predictable influences and their objects so that they can be stated in the form of an equation or "law of nature" that plays out within a generic frame of reference.  For example, Newton's laws of motion refer to "bodies" without any reference to their shape or density, and to "motion", without any reference to the wind's influence, etc. To control something, knowing a number of such general laws, technologists can exactly arrange certain chains of events so that they unfold in predictable, mechanical ways. For instance, we have technologically advanced machines. Parts are arranged, the right amount of power is supplied, and presto...


Only some kinds of investigation allow for this kind of simple analysis and arrangement. For most events, it is not possible to eliminate unpredictable influences and isolate the predictable ones because there is no way to predefine a generic frame of reference within which potential influences are in play.  There is therefore no law in relation to which the influences of an event are "exactly arranged" so that the event rolls out in a pre-determined, mechanical way. Most events are  neither physically nor metaphysically predetermined.